Please forgive me for not keeping up with my blog. I can't promise that I won’t disappear again for such an extended amount of time, but I'll try my best not to.

One of the reasons for my disappearance was because I was busy having an amazing summer. One of the best summer's I've had in a really long time. And I've also been busy reading books again (Fifty Shades of Grey and J.R. Ward's Vampire Lover Series...). Very serious reading as you can see. I hardly read at all while I was writing Undies in a Bunch and it feels really nice to be reading instead.

In my blog post 'Summer's Coming' I detailed all I hoped to do with my summer. My summer really didn't kick off until July, but it ended up lasting longer and being much more than I’d hoped.

I absolutely love the beach; and although you have to get on a plane to get to the best beaches, I decided to try visiting a beach I'd never been to, being that I was trying to keep it local and inexpensive.

My first stop was to Cherry Grove on Fire Island. Although I would be staying the night with my Edward Lover, my posse joined me for the day. 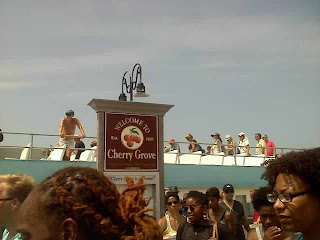 The only downside to Fire Island is that if you are looking for a place to rent, you have to start early, as in before the summer season begins. Otherwise you won't be able to find anything to rent and if you do it will cost you.

Fortunately I found a place (Dune Point) and rented a one bedroom apartment with an ocean view. Unfortunately that shit was expensive, but it was totally worth it.

The beach area, near where the ferry docked, was very crowded, but the beach area near our rental was less crowded and very peaceful. The rental was so cozy and had direct access to the beach and the ocean view was amazing.

Having a friend on the scene volunteer to be our chef for the evening was awesome because we didn’t have to worry about spending a huge amount of loot at a restaurant. Instead we had a nice Sunday dinner on the deck, facing the ocean, then went out for drinks and watched the sun set by the ferry dock. 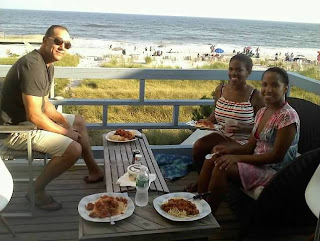 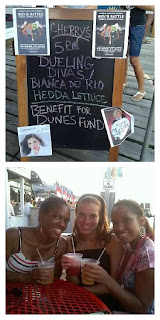 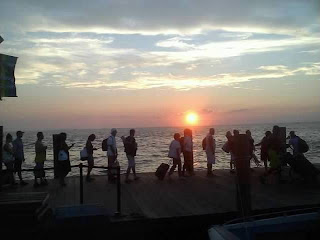 We had a few interesting sightings. There were deer grazing on the beach, a parrot next door who repeated ‘Hey Momma’ over and over again and lots of naked people. Because we were on the gay side of the island, everyone was more laid back and free with themselves, so I saw a lot of penises… which was interesting, but wouldn't stop me from going back. Everything was too perfect for me to be turned off by a little nudity. The rental was way too nice and convenient, the beach was so relaxing and you can’t beat waking up to the sound of the ocean in the morning. 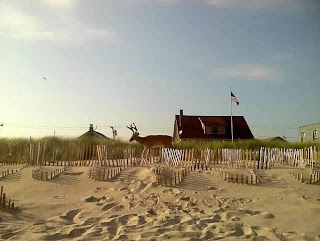 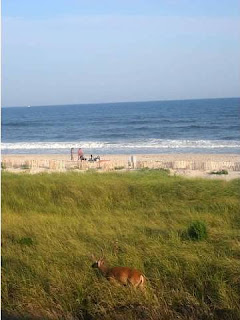 The next day Edward and I took a water taxi over to Ocean Beach. 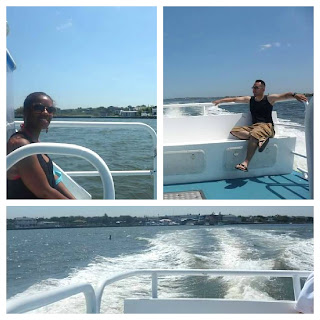 This side of the island was so adorable and quaint to me. Ocean Beach is more of a family oriented town and I see myself making multiple trips when I have my own family. 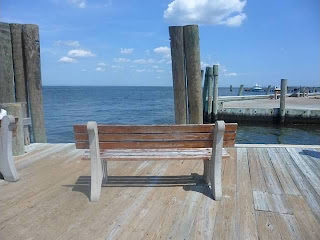 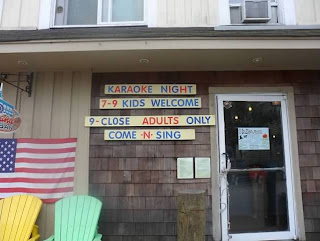 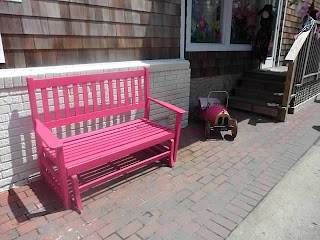 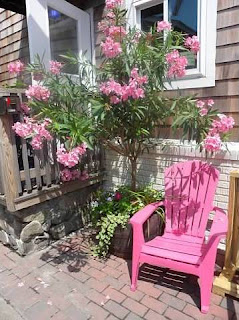 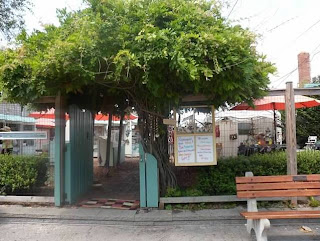 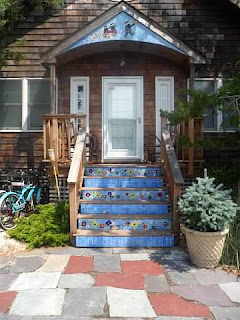 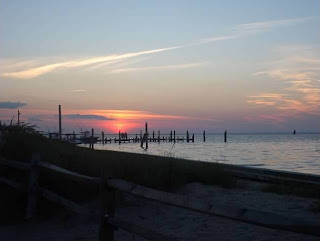 I had a Groupon for the Clegg’s Hotel which was where we stayed that night. I was a little scared to stay at this hotel after reading some of the reviews, but because I knew some of what to expect my experience wasn’t bad at all.

The location was great! Less than a minute’s walk from the ferry and right in the middle of all of the bars, restaurants and shops. It was about a ten minute walk from the hotel to the beach, but it was a relaxing, scenic walk.

What scared me about the hotel was that there were no bathrooms in the rooms. There were four bathrooms which were shared by all of the hotel guests, but the bathrooms were so much cleaner than I expected. I guess it depends on how everyone cleans up after themselves and everyone was pretty clean.

Breakfast was served around 9am so not having to go to a restaurant for breakfast was a plus.
Some people don’t need television when they are on vacation; I am not one of those people. I like background noise before I go to sleep. This hotel didn’t have televisions in their rooms, but they provided free wifi. Honestly, with the beach, the restaurants and each other, we really didn’t need the television. Hanky panky is so much more entertaining…. Just saying.

All in all, I had a wonderful time and I hope that we can make Fire Island yearly vacation tradition. I can’t wait to go back to both sides of the island, only next time, I hope to lock down a rental on Ocean Beach so that we can stay more comfortably and for a longer amount of time.

Man, when I win the lottery, I am so buying me a beach house.