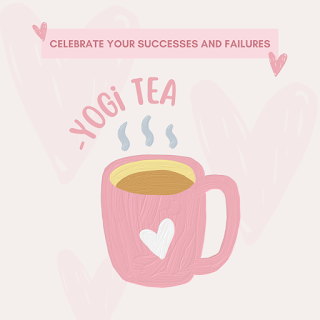 There are many times when I move too fast when I'm cooking. I sometimes take the fact that I can cook for granted and instead of paying attention to the instructions of a recipe, I'll sometimes quickly skim over the directions thinking, 'Got it, I know what to do...'
Once while preparing the batter for a cheesecake, I did just that not realizing until I got to a certain paragraph that I was supposed to separate certain ingredients instead of mixing them all together. I was too far along with the recipe to make any corrections so I just breathed a bad word to myself and continued on with the rest of the steps. Although I made what I thought was a terrible mistake, that cheesecake turned out to be the best one I'd ever made! A failure and a huge success all in one!

If we're receptive, our failures can lead us to success. Even if we just simply learn not to make a certain mistake again. And sometimes what we might think of as a failure can open the door to an even bigger reward!
Posted by Louise Cazley at 9:02 PM No comments: