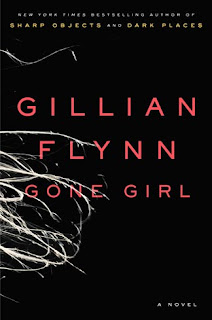 *SPOILER ALERT* If you have not read Gone Girl but plan to, you might not want to read this post.

I wish I would have taken notes earlier in the story but I didn't plan on writing a book report and I didn’t know that I was going to love the book so much.

Amy, the wife, is introduced into the story by her journal entries, which I found a bit annoying in the beginning. I've never written in a journal as if I were scripting a novel, but both of the main characters, the husband and the wife, are writers, so the voice of her journal entries make sense for the character and paint a picture of who Amy is. Although the current day narration is being told by her husband, Nick, I find myself looking more and more forward to hearing from Amy’s backlogged journal entries.


Although their relationship changes as it matures, I love the way she describes the beginning of her relationship with her husband. She loves him and she loves her life with him as it is, but obstacles are thrown into their relationship, which affect them both. Amy finds herself compromising to make Nick happy and although Nick can see the effect these compromises are having on Amy, instead of letting her know how appreciative he is, which he is, he grows a hard shell of resentment around himself and becomes bitter towards her. The closeness Amy describes in her earlier journal entries, with them driving to states in which they have never had sex, and staying there only for the 30-40 minutes to takes for them to have sex, (I REALLY enjoyed the idea of doing this!!!) that closeness has withered into Nick taking his wife's love for granted, being cold and hard towards her and not recognizing how much she really needs him.

Why these two never just communicated with each other is beyond me. But being a long relationship person, I know firsthand how easy it is to not say how you really feel to spare causing a rift where there wasn’t one to begin with. (I’m actually the opposite where I cause the rift beyond the measure it needed to go because I over communicate my feelings) Edward is the opposite. The master of holding it all in and saying 'I’m fine' even when it’s not true... Men. I’m not good at reading between the lines and I don’t think I should have to be, but this isn’t about me, it’s about Amy.

So when Amy first disappears, my first thought is that she took off. But evidence surfaces that might suggest otherwise and when Nick describes how organized his wife is and how she would never leave the house in a state where the cat would escape, I take it back. (The door was left wide open and the cat was hanging out on the front steps.) I would never take off without Baibe, my furry baby. My next thought is that something very bad happened. I watch way too much Dateline and shows of the like, so I begin to suspect Nick. We know it’s always the husband. But when I check to see how many pages are left in the book I take that back too. Nick being the reason his wife is missing is way too easy. I don’t think Nick is responsible. So I go back to Amy taking off and I begin to think that she staged the whole thing herself. But then I find out about the blood. Evidence of Amy’s blood was found throughout the kitchen. And then Nick begins telling stupid fibs and as he continues to fib I begin to suspect him again.

After getting to know Amy more through her diary entries, and seeing how Nick withdraws more and more from his wife, I begin to think that he has a mistress; and I am right. I love a mistress and adultery in a story! Not in real life, but I live for this type of steamy, sexy shadiness in a story. I. AM. IN. THIS. BOOK.

Because Nick’s mistress seems enthralled with Amy instead of jealous of her, I don’t suspect that the mistress plays any part in Amy's disappearance.

In the back of my mind, I still think Nick is too easy, but all evidence is pointing to him. A tiny bit of me still thinks that Amy may have taken off and staged the whole thing herself, because as I get to know her husband more and more he comes across as a bigger and bigger dick each time I find more things out about him, so I could understand why she would want to leave him. But I can’t get past the blood. If she staged her own disappearance, how did she lose the blood? There was blood involved so I cross Amy off the list one more time.

I even begin to suspect Nick’s father who suffers from Alzheimer’s and seems to have a dark fascination with Amy.

But then… I get to part two of the book, which takes us back to Day One of Amy's disappearance, and come to find learn that there is Real Amy and ‘Diary Amy’. My first reaction to Real Amy is that she is a bad ass bitch and I love it! And although I love meeting Real Amy and finding out more and more about Real Amy, I come to realize that this bitch is completely off her rocker.

I did not want this book to end!